The lekki sub-region is a vast area and is the subject of different approval orders, so to get a grip on this subject, the only way is to segment the location into various areas based on the Approval Order for that area

The best way to do this in planning terms is to differentiate between Government estates and Privately held areas.

The Government Estates in Lekki where bare land for development was sold are: Lekki Phrase 1, Lekki Phase 2 and Abijo GRA Estates . here the plots are predominantly exception being Lekki 1).

It should be noted that there are plots complimentary to residential living like pilots for places of worship and corner shops. The kind of property and the use to which it is put in the Government Estates will be stated in Letter of Allocation/Certificate of occupancy.

Generally, for residential plots in the two government Estates, the buildings on the plots must give a setback of 9 meters to the front fence, have air space of 3 metres to the side fences and  meters to the back fence.

Only two family units are allowed to be built on a plot, no matter how large the plot is and the buildings must not exceed two floors, in certain blocks, penthouses, which must not exceed 30% of the preceding floor, are permissible .

Outside of the Government Estates, land is held by several land owning families of which the largest landowners are Elegushi, Ojomu and Olumegbon.

Generally, in a land owned by these families (Ikate Elegushi, Osapa, Agungi, Ikota etc), the set back is 6 metres from the road and the air spaces are 3 meters. Generally, maximum floors allowed are 3 floors but there are exceptions. With respect to the number of units you can provide on the plot, as the Approval Order requires two parking spot per family unit. Note that these parking spots must be unhindered, that is, not dependent on another car moving before the spot can be assessed by the car. So if you put 12 family units on a 600 square metre plot, your architect must find away for 24 parking spots! An important point to note is that if more than 2 family units are put on a plot, a change of N500,000 per additional unit will be levied.

This charge is known as infrastructural Development Charge (IDC).

Within the fieldoms of the land owning families, estate developers have bought large acreages for estates.

So we have NICON Town in Ikate Elegushi, Friends Colony Agugi on Ojomu land etc. the rule is that any estate purchased route land owning families that is above 1 hectare (10,000 square metres) must have its own Approval Order. The promoters of these estates  to building in a certain way.

For instance, Northern Foreshore Estate on Ajiran land insists on a setback of 9 metres from the road, dwarf perimeter walls and that houses be painted in a prescribed colour. NICON town’s Approval Order requires that only one house be built on a plot with two inbuilt car garages, despite being on Elegushi land which generally has no such restrictions. So if you are buying in these estates, clarify the position with the estate office and ‘shine’ your eyes to the developments already in the estate. They are that way because of the Approval Order. 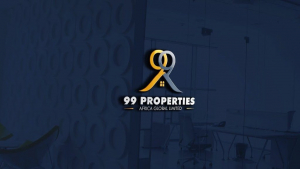 Consult   99 properties Africa for all your property needs. We help you manage your investment properties, sell, and rent or let out, we are here to help

Consult   99 properties Africa for all your property needs. We help you manage your investment properties, sell, and rent or let out, we are here

You should purchase landed properties at calabar, cross river state because it is the tourist hub of Nigeria and has a lot of investments potential 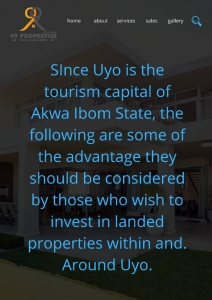 Since Uyo is the tourism capital of akwa ibom state

The following are some of the advantage they should be considered by those who wish to invested in landed properties within and around Uyo, namely: 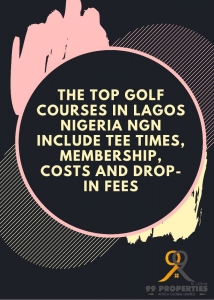 Included in this Listing of The Best Golf Courses In Lagos Nigeria, we’ve included the Top Courses and the prices you can book time on

Please enter your username or email address. You will receive a link to create a new password via email.